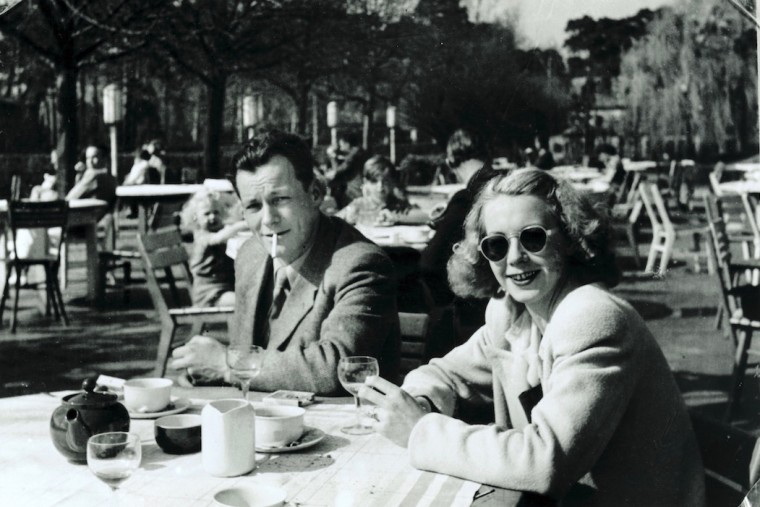 Willy Brandt and Rut Bergaust at the English Club in Berlin, 1947
© picture press/STERN 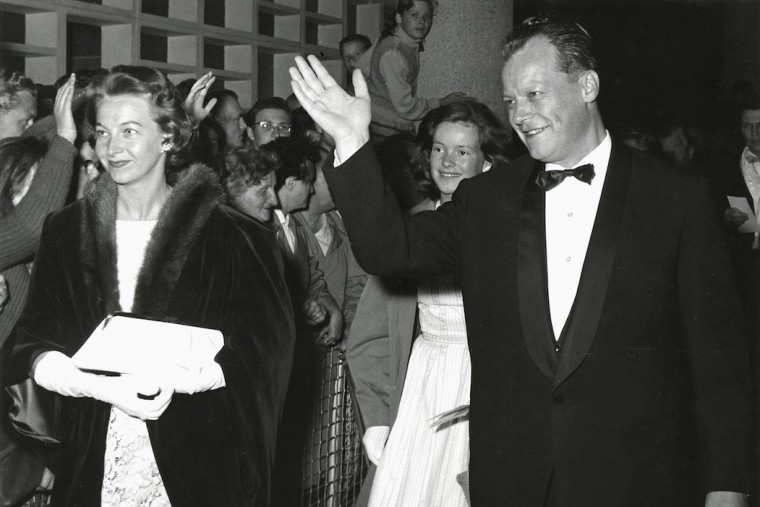 Willy Brandt accompanied by his wife Rut and his daughter Ninja at the opening ceremony of the Berlin Film Festival, 27 June 1958
© Landesarchiv Berlin/Horst Siegmann 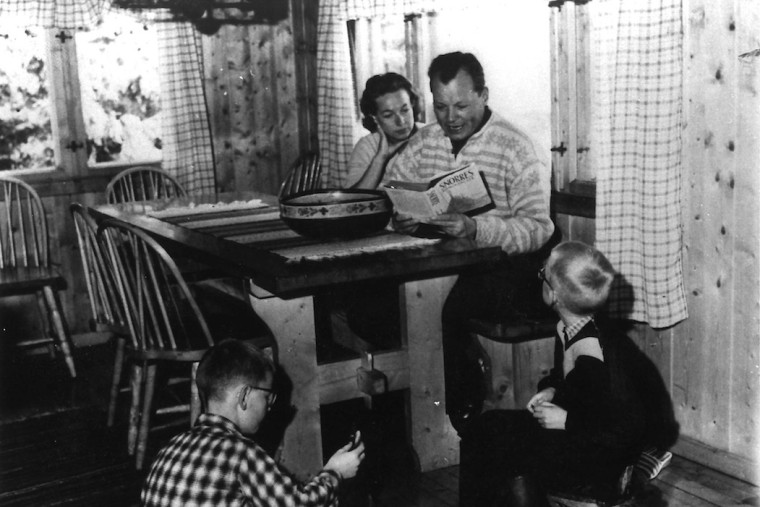 Rut and Willy Brandt with their sons Peter (l) and Lars in a vacation cabin in Norway, ca. 1960
© Archiv der sozialen Demokratie, Bonn 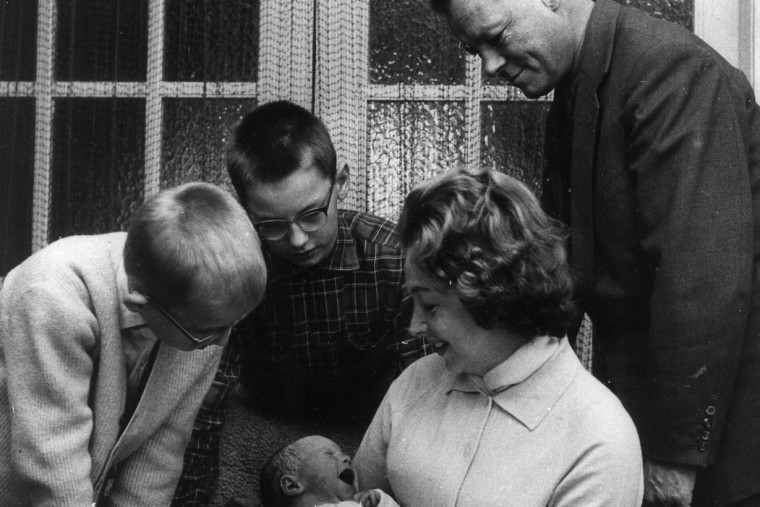 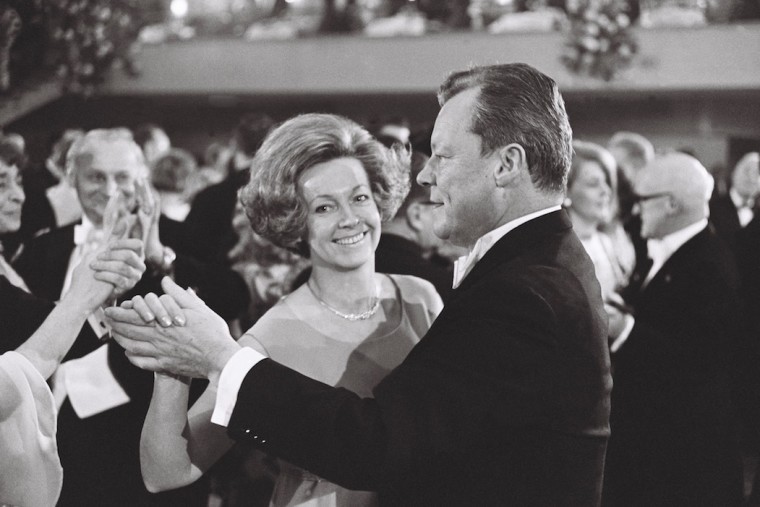 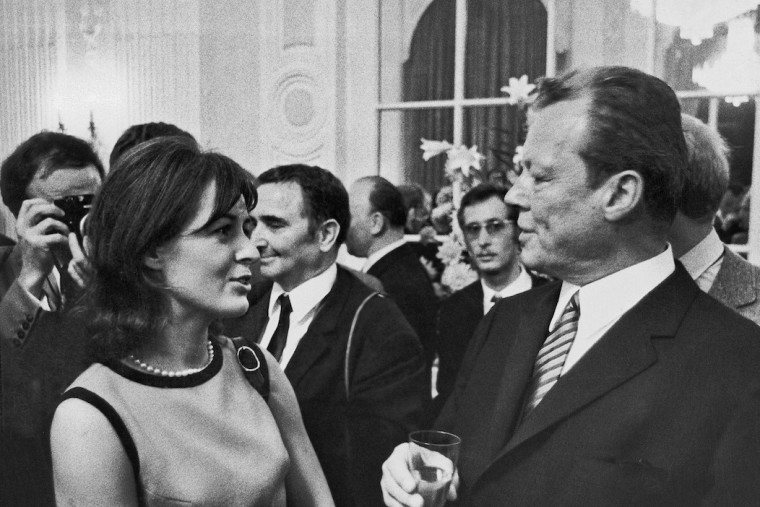 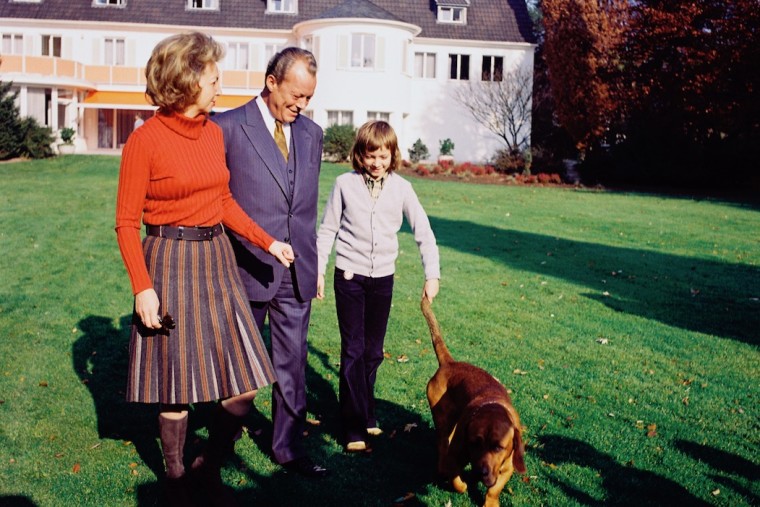 Rut, Willy and Matthias Brandt with their dog Bastian in the garden of the official residence on the Venusberg in Bonn, 2 November 1972
© Bundesregierung/Detlef Gräfingholt 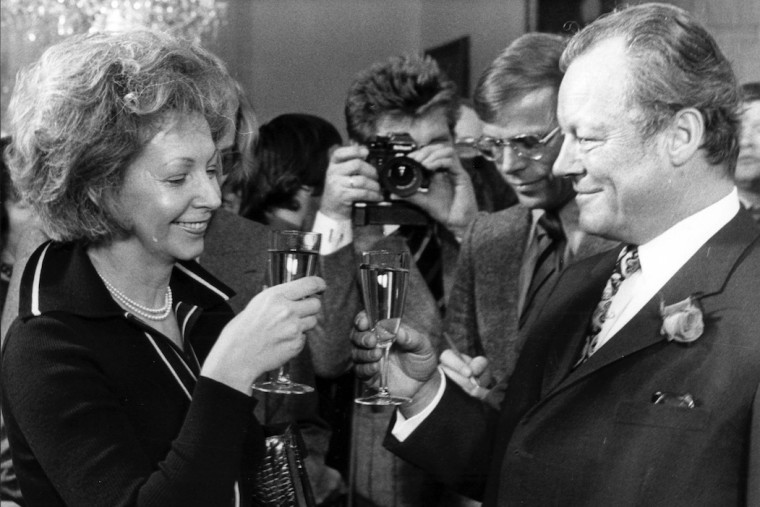 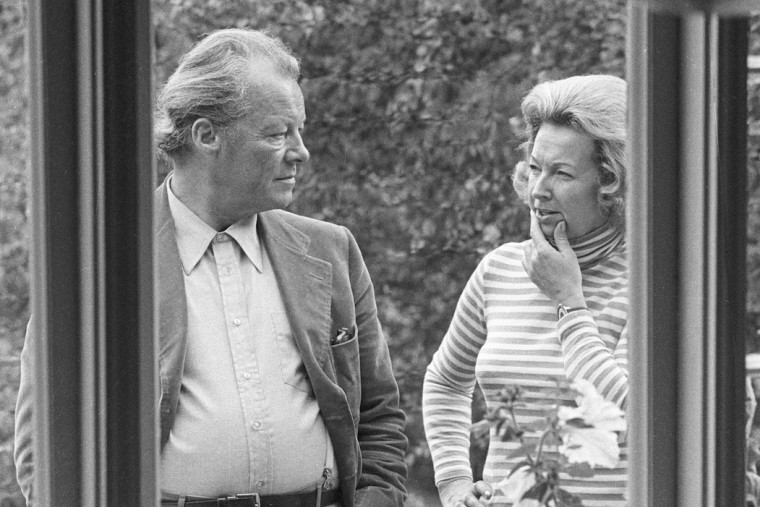 Willy and Rut Brandt in front of their vacation house in Vangsåsen near Hamar (Norway), 28 August 1974
© J.H. Darchinger/Friedrich-Ebert-Stiftung

Willy Brandt’s second wife is the Norwegian-born Rut Brandt (1920-2006), née Hansen, widowed Bergaust. The couple marry in 1948 and have three children. After 32 years, the marriage is dissolved in 1980.

Acquaintance and falling in love in Stockholm

In 1942, the soon-to-be couple meets for the first time in Stockholm when the Norwegian woman marries her compatriot, Ole Bergaust. However, the then 23-year-old Rut and the 30-year-old Willy do not become more closely acquainted until late 1943, when she helps out in the household of Brandt and his first wife, Carlota. What they have in common is that both come from workers’ families and are involved in the resistance against the German occupiers of Norway.

The fact that Willy and Rut fall in love causes serious pangs of conscience in both of them. Not until the summer of 1944 do they no longer keep their love a secret which leads to dramatic conflicts within his marriage with Carlota. In addition, Rut’s husband, Ole, is seriously ill with tuberculosis. After years of suffering, he dies in late 1946.

Because of professional obligations, frequent separations occur, especially in the first two years after the war, and for a long time cause Willy and Rut to be unsure if they can have a future together. They exchange many letters in which he also reveals his doubts regarding the institution of marriage. But the feeling that they belong together is stronger.

Marriage and family life in Berlin

In 1947, Rut moves to Berlin to be with Willy where the two marry on 4 September 1948, and it is only a few weeks later that their son Peter comes into the world. In 1951 and 1961 their sons Lars and Matthias are also born.

According to attitudes about roles at the time, Rut Brandt is first and foremost a mother and housewife. She sees to the care and upbringing of their children. A housekeeper helps her with domestic duties. When this lady becomes ill, they hire a temporary housemaid. The primary language in the family is German, although its grammar gives Rut a hard time. For this reason the couple usually speaks Norwegian with one another.

It is of particular importance to their mother to teach her sons Norwegian. The Brandts regularly spend their holidays in that country. Starting in 1965 they have at their disposal a vacation house of their own in the vicinity of Hamar which is used extensively by the entire family and close friends. Rut Brandt bought the property and cottage in Vangsåsen in 1964. She often visits this domicile and retreats here during most school holidays with her youngest son Matthias.

Ups and downs of a politician’s marriage

Rut stands faithfully at Willy Brandt’s side as he makes his career as a professional politician and, therefore, has little time for the family. At the same time, she is a modern, self-confident woman who has opportunities for development and takes advantage of these. Rut Brandt supports her husband’s policies. Whenever she disagrees with him, she criticises him in private, which he, however, finds difficult to deal with. Outwardly she appears completely reticent politically, since he holds public offices. Even though she shies away from the spotlight, Rut contributes a lot to Willy Brandt’s popularity in Berlin then later in Bonn. The Germans love the natural and likeable vibrancy of the Norwegian woman and admire her elegance at public appearances.

Despite many pictures which repeatedly show a happy family life, the marriage of the Brandts experiences some periods of crisis. During the Bundestag election campaign of 1961, a book appears in which, among other things, love letters are reproduced which Willy Brandt wrote to Susanne Sievers in the 1950s. It is not merely a matter of an act of revenge by his former lover. The publication is primarily part of the defamation campaign, which political opponents begin, to morally discredit the SPD candidate for Chancellor. Rut, who is pregnant at this time, is deeply affected. However, she remains faithful to her husband although he cloaks himself in silence toward her.

Rut continues to accompany Willy on his pathway which leads in 1969 to the Chancellery in Bonn. Still, the marriage develops more and more fissures. The partners have less and less to say to one another. As a politician, Willy Brandt possesses an exceptional charisma with which he enchants crowds of people. But in private life he often finds it hard to show feelings and allow personal connections. On the one hand, Brandt can be cheerful, humorous and an attentive listener. On the other hand he experiences phases of melancholy and doubts during which he withdraws completely, when even his wife can no longer gain access to him.

When he tells Rut on the morning of 6 May 1974 that he will resign the office of Federal Chancellor because of the Guillaume Affair, she considers it the right decision. Nevertheless, she is deeply saddened by his resignation. However, the fact that his wife did not advise against this step, is a disappointment to Willy Brandt. The marriage is also severely affected by his confession to having had a love affair for years with Rut’s friend, Heli Ihlefeld. The matter is over and done with, Willy explains. He does not wish to elaborate any further.

The process of the Brandts’ mutual alienation continues until they announce their separation in spring of 1979. The divorce follows in December 1980. After this, the two never see one another again. From 1982 on, Rut Brandt lives with the Danish journalist, Niels Nørlund. In 1992 and 2001, she publishes two books in which she writes quite personally but fairly about her time with Willy Brandt and her life in Germany.