Historical responsibility – Relationship to Judaism and to Israel 1933–1992 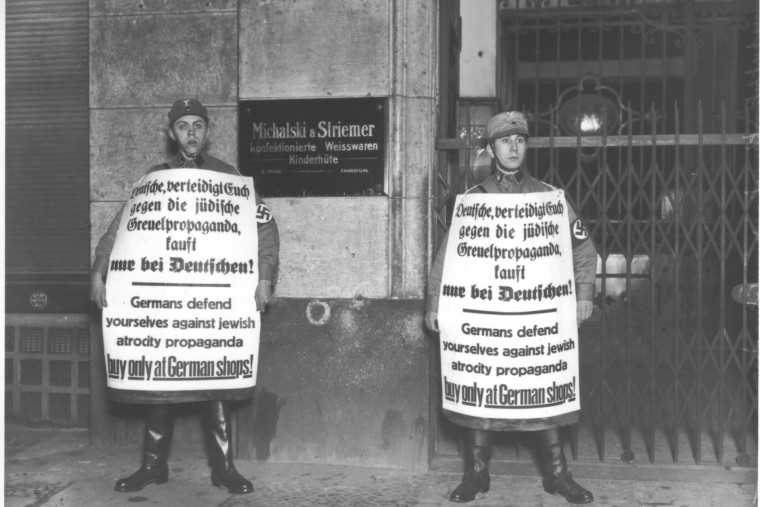 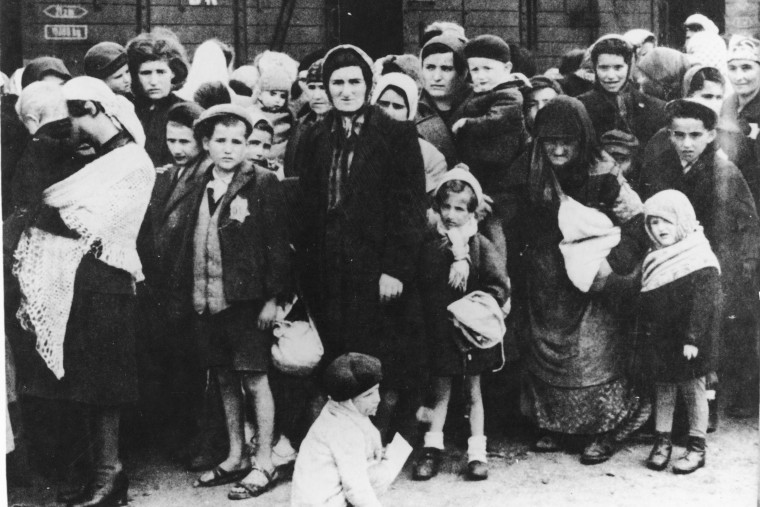 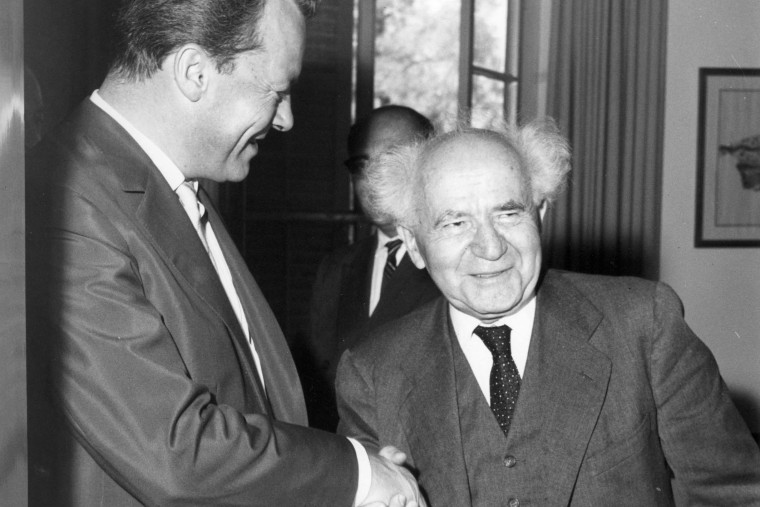 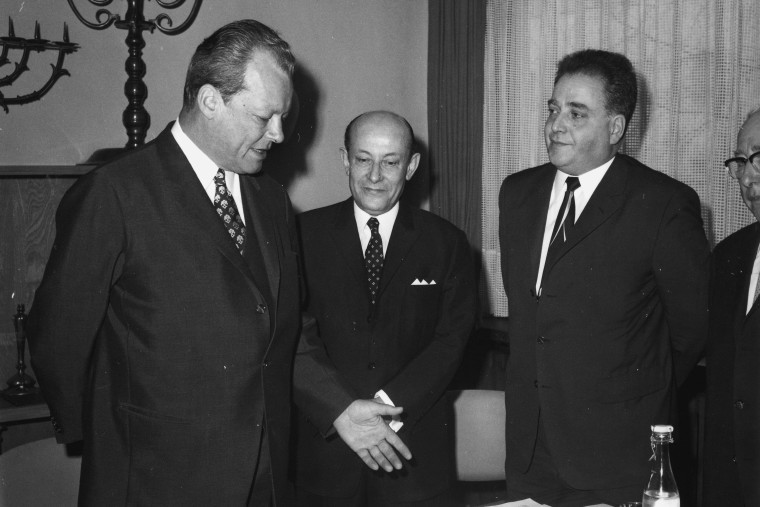 Olympic massacre in Munich: A Palestinian terrorist in the house of the Israeli team, 5 September 1972
© Bundesregierung/Ludwig Wegmann 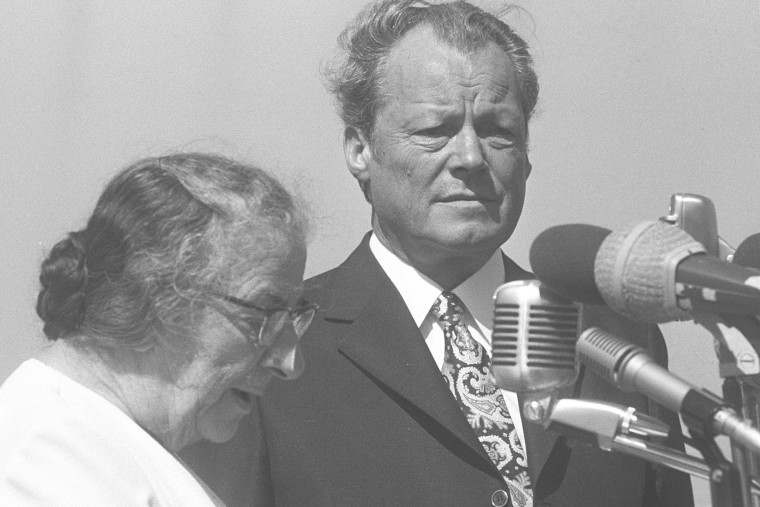 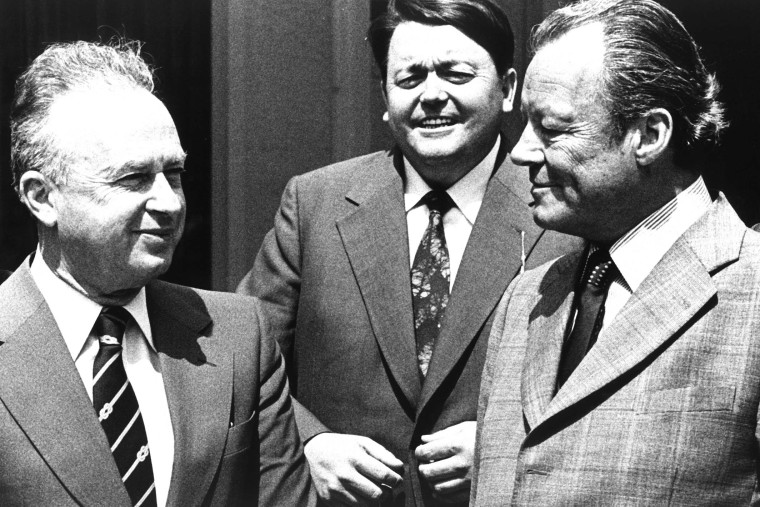 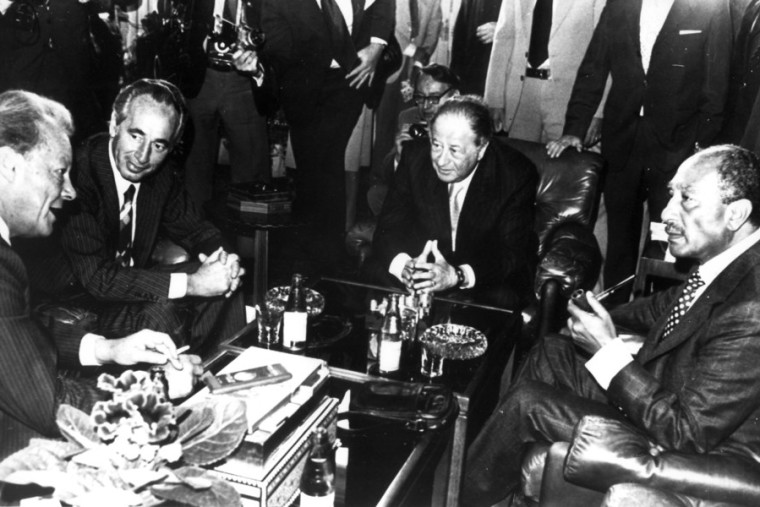 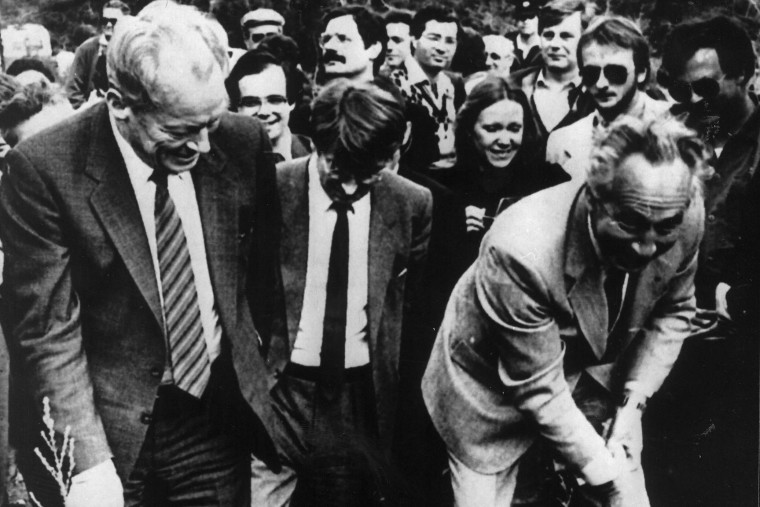 From his youth on, Willy Brandt clearly opposes anti-semitism and Nazi racial ideology. After 1945, he affirms Germany’s lasting historical responsibility for Nazi genocide against the European Jews. For Brandt this is the origin of the Germans’ obligation to protect Jewish lives whose rehabilitation he promotes passionately. In particular, this includes multi-faceted aid from the Federal Republic of Germany for the state of Israel, which in 1973 he is the first incumbent German Chancellor to visit. For Brandt, Israel’s right to exist is inviolable. Nevertheless, during the Middle East conflict, he advocates a peaceful solution which also recognises the rights of the Palestinians.

From the very beginning, Willy Brandt’s opposition against National Socialism is also based on his emphatic rejection of anti-semitism and Hitler’s racial ideology. As early as 1930 he warns against the seditious effect of hatred toward Jews which is a central facet of Nazi ideology.

The boycott of Jewish businesses on 1 April 1933 is among the last impressions the 19-year-old takes with him shortly before his escape from Hitler’s Germany into exile in Norway. The intensifying persecution of Jews is repeatedly a topic in the articles and other writings with which the journalist Brandt informs Norwegians about developments in the “Third Reich” of the 1930s. He reports at length and with utmost disgust about the pogrom night of 9 November 1938 as well as the subsequent terroristic measures and repression by the Nazis against Jewish citizens.

In Stockholm, Willy Brandt hears for the first time in 1943 about the systematic murder of Jews which the Nazi regime implements during World War II in the countries occupied by Hitler’s Wehrmacht. He immediately passes on to an US press agency a report via a Polish friend concerning the gassing of Jews.

However, Brandt does not learn about the complete extent of German crimes until the Nuremberg Trial against the major war criminals of the “Third Reich” in 1945/46. The revelations horrify and shock him. In light of six million murdered Jews in Europe and millions of additional victims, he affirms that no German can be excluded from responsibility for the war, the genocide and their consequences.

In the post-war period, Willy Brandt takes an energetic stand in Germany against all tendencies toward a newly burgeoning anti-semitism. The Berlin social democrat makes earnest efforts for reconciliation with the Jews. In the Bundestag in Bonn, he votes with the entire SPD faction in 1953 for the “Luxembourg Agreement” signed by Federal Chancellor Konrad Adenauer, in which the Federal Republic of Germany obligates itself to “reparation benefits” to Israel and the Jewish Claims Conference.

In Berlin, Brandt especially commits himself to the Jewish Community. In 1959 he signs over to Heinz Galinski a new community centre built by the government of West Berlin. With the conviction that he must keep alive the memory of the Shoah, the Governing Mayor states in 1961: “The horrendous crimes (…) against millions of Jewish people cannot be extinguished by any good will, any reparation, any recompense.”

The renaissance of Jewish culture destroyed by the Nazis is an idea close to Brandt’s heart. Not until after his death does it become known that he contributed most of the monetary portion of his Nobel Peace Prize of 1971 for the reconstruction of the synagogue “Schola Grande Tedesca” in Venice.

Establishment of relations to Israel

As early as the late 1930s, Willy Brandt advocated facilitating for the Zionist movement the creation of a Jewish state in Palestine. For the first time, in November 1960, he visits Israel, which was founded in 1948. The guest from Germany speaks with the founder of the state, David Ben-Gurion, and others and is especially impressed by the pioneering achievements in the kibbutzim.

From 1969 onward, as was the case with previous governments, for the social-liberal cabinet under Federal Chancellor Willy Brandt, the necessity of a positive relationship with Israel is beyond question. The Federal Republic continues its economic aid for the Israeli state and supports its integration into the European market.

The SPD-FDP government strives for a “normalisation” of its relations with Israel. Constantly, it emphasises in those endeavours their “special character” which result from the historical responsibility of the Germans for the Shoah. With the genuflection in front of the Ghetto memorial in Warsaw in December 1970, Willy Brandt underscores this lasting responsibility. His gesture receives considerable recognition in Israel as well and contributes substantially to the positive development of the German-Jewish relationship.

The Chancellor maintains an intensive exchange with the chairman of the Jewish Claims Conference, Nahum Goldmann. However, his efforts for conclusive reparations for Jewish victims of persecution by the Nazi regime fail to achieve results.

Complicated relationship with the Meir government

The “new Ostpolitik” toward the Soviet Union and the re-assumption of the Federal Republic’s relations with Arab states in the early 1970s meet with a great deal of mistrust in Israel’s government. Prime Minister Golda Meir sees in Bonn’s striving for a “balanced Middle East policy” a downgrading of German-Israeli relations.

The relationship becomes heavily strained due to the attack at the Munich Olympics in 1972 whereby eleven Israeli athletes lose their lives. Shortly afterwards, Israel reacts to the release of the Palestinian terrorists involved in the attack with serious reproaches directed towards the German government.

By the time of the first state visit of a German Chancellor in Israel in June 1973, Willy Brandt and Golda Meir succeed in easing tensions in their countries’ relations. It is not only the idea of democratic socialism which bonds the two. They also feel deep respect and personal admiration for one another. However, with regard to the pre-conditions and possibilities for peace in the Middle East, the two are of widely differing opinions.

Despite its officially neutral position, on the orders of Chancellor Willy Brandt and Defence Minister Georg Leber (SPD), the Federal Republic supplies military hardware from the Bundeswehr to Israel during the Yom Kippur War in October 1973. In the first days after the Arab attack, the heavily embattled Israeli army is urgently dependent on this secret aid.

The social-liberal coalition also tolerates the fact that the USA sends re-supply deliveries to Israel across the territory of the Federal Republic. Only when the press reports that the Americans are loading freighters under the Israeli flag in Bremerhaven does Brandt demand, with reference to German neutrality, an immediate halt to these activities. His demand elicits fierce protests in Israel and in the USA.

For Willy Brandt, Israel’s right to exist is inviolable and non-negotiable. At the same time, he joins other voices in international politics which also call for recognition of the legitimate rights of the Palestinian people.

However, Brandt encounters harsh criticism from the Israeli Labour Party of Shimon Peres and Yitzhak Rabin, when, as President of the Socialist International (SI), he meets in 1979 for the first time with Yasser Arafat, the head of the Palestine Liberation Organisation (PLO). Conversely, in 1982 Brandt condemns the conduct of the Israeli army in the war in Lebanon.

But despite all of the criticism, for him solidarity with the state of Israel is never called into question. How highly regarded the former Chancellor’s reputation is becomes clear during his last visit to Israel in 1985. In the vicinity of Nazareth a forest is named after Willy Brandt.